Layoffs hit The Playforge as studio 'winds down' on game development

But developer not closing down 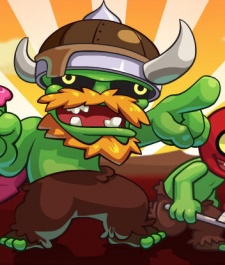 It's being reported that developer The Playforge has laid off a number of staff in a bid to downsize and reduce spending.

An unnamed source cited by Inside Mobile Apps has claimed the layoffs are the result of rising running costs coupled with poor game performance.

Initial reports did suggest that the studio was preparing to close permanently, however The Playforge president Jack Sorensen has since refuted those claims.

"Playforge team members have been let go," said Sorensen, clarifying the situation to Inside Mobile Apps.

"[However] The Playforge itself is not closing. It will continue to support the Zombie Farm and Tree World franchises, but is winding down development of new games."

The Studio, which was purchased by Saban Brands in August 2012, also saw layoffs last July when around 40 percent of the team was let go.

Games currently on the market, such as Tree World and Zombie Farm Battles, are still available to download, and will continue to be supported despite these setbacks.