Fears firm is too reliant on smartphone business 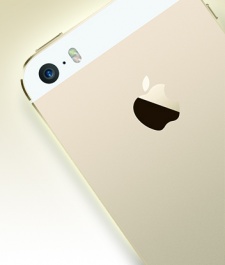 Apple (NASDAQ:AAPL) has suffered its first decline in annual profits in 11 years, with the Cupertino giant making $37 billion across 2013 as a whole  down 11 percent from 2012.

That's despite what the company billed as 'record' iPhone sales, with 33.8 million handsets sold in the fourth quarter alone, up from 26.9 million units during the same period in 2012.

Indeed, according to Apple CEO Tim Cook, the company has ended fiscal year 2013 on a strong note, with revenue rising in the fourth quarter year-on-year.

However, the company admitted its margins are being squeezed  and may be squeezed further in the run up to Christmas - with net profits down to $7.5 billion from $8.2 billion a year previously.

"We're excited to go into the holidays with our new iPhone 5c and iPhone 5s, iOS 7, the new iPad mini with Retina Display and the incredibly thin and light iPad Air, new MacBook Pros, the radical new Mac Pro, OS X Mavericks and the next generation iWork and iLife apps for OS X and iOS."

Indeed, all eyes will be on the take up of the two new iPads revealed by Apple last week, with sales of the firm's tablets remaining flat in Q4 2013  14.1 million sold across the quarter, compared to 14 million a year previously.

It's Apple's reliance on rising iPhone sales to keep revenues on the up that appears to be worrying Wall Street the most, however.

Mac sales fell in Q4 2013, down 6 percent year on year to 4.6 million units, making iPhone the only area of Apple's business to show notable growth.

"It does raise the question, how well is Apple doing really, in China?" JMP Securities analyst Alex Gauna told Reuters. "Apple is a very healthy company, but if you look at the last few quarters, and even with the guide, it's not much of a growth company."

Reports suggest Apple's iPhone 5C  the supposed budget handset many believe was primarily aimed at the Chinese market  has so far failed to make a major impact, while increasing competition from Samsung is ensuring Apple's margins are kept comparatively tight.

Nevertheless, Apple CFO Peter Oppenheimer revealed the company "generated $9.9 billion in cash flow from operations" and "returned an additional $7.8 billion in cash to shareholders through dividends and share repurchases during the September quarter".