Google: Achievements matter, 'but only if you do them right'

GDC Next: The art of engaging users with achievements 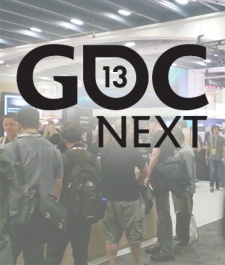 Now, half a year into the run of the service, developer advocate Todd Kerpelman came to GDC Next in Los Angeles to share what it's learned in the past half year of the service.

Speaking on player retention and engagement, Kerpelman had a simple message for the developers in the room, "Achievements matter, but only if you do them right."

Indeed, there are plenty of pitfalls one can fall into with achievements - like phoning them in at the end of a game's development cycle or creating a mountain of easy achievements that players can be 'avalanched' by in the early levels of a game - but Kerpelman is staunchly in favour of them.

And not just because they're fun to collect.

"Achievements should serve as a guideline to your players of what there is to do in your game," said Kerpelman, speaking broadly about how best to integrate achievements in a meaningful manner.

By using achievements in this way - say, creating achievements that reward progress in stage rather than ones that trigger when a score threshold is reached - developers can keep players engaged with the game by revealing what's left for them to do.

But a list of a achievements should never be considered complete, unless you're well and truly done with providing content for a game.

One question Google's faced since the launch of Google Play Games is what the mysterious achievement Points - a number visible to developers, but invisible to players - are used for.

The obvious answer is that they allow developers to weight certain achievements as being worth more points than others, but what exactly the points do remains unknown.

"It does nothing," Kerpelman stated, "players don't get to see their achievement score. Developers can assign points to each achievement, but they don't do anything."

The word 'yet' is curiously absent from the end of Kerpelman's comment, but Google's still thinking of how best to role them out to players.

"It [achievement points] needs to be perfected before we can show it to the world," said Kerpelman.

In other words, a rushed or imperfect launch could completely flood the achievement point market and lead to a rapid devaluation of whatever it is that Google has in store for the points.

No value in secrecy

Finally, Kerpelman also had some achievement-specific advice to share while speaking on the standalone Play Games app - which has an install figure between 10 and 50 million, he also noted.

"Use diverse icons for achievements," he began, "but be sure that icons look good and different."

Anathema, to Kerpelmans eyes, are a list of achievement icons that share the exact same artwork or - worse - use the artwork as the game's icon.

Each achievement is a means to engage players, argued Kerpelman, and a list of identical pictures can quickly bore potential players into disinterest.