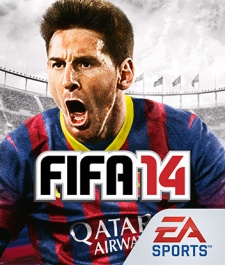 The iOS and Android version of FIFA 14has become the second biggest mobile launch in EA history, with more than 26 million downloads amassed to date.

That's according to stats released by the publisher, which claim the game  which marks the first time the series has adopted the free-to-play model  sits only behind another of the firm's freemium releases, Plants vs. Zombies 2.

Indeed, it's likely that FIFA 14's free status has helped boost its download rate, though it's unclear just how much better the game is doing to its now £2.99/$4.99 priced predecessor, with stats for the paid release not available.

It's also worth nothing that Plants vs. Zombies' transition to a free-to-play franchise also delivered downloads aplenty, though some questionned the game's ability to monetise and, as a result, the relevance of its high download rate.

The title has topped the free game charts in 148 countries on iOS, whilst it has also become one of the top ten grossing games on iPhone in 155 countries.

In an attempt to sustain success, EA Sports has announced that FIFA 14 will be "available soon" on Windows Phone 8 devices.

Indeed, the game will be made available for Windows Phone 8 users in all of its free-to-play glory, providing they have a device with over 512MB of RAM.

Reply
Ben A
thanks pocketgamer biz. cant wait to play it on my Lumia 620 when it comes out for free and better be xbox live. Asphalt 8 was a bit disappointing without xbox live, maybe in the future it will come through xbox live. but happy to hear its coming to the 3rd largest OS in the world and Europe.
Posted 6 years, 11 months ago