Pocket Gems the latest to tap up Apportable 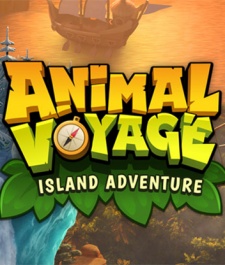 More iOS developers than ever are taking Objective-C based games across to Android, with cross-platform solution Apportable claiming its breaking down traditional dev barriers.

The Apportable platform gives developers the ability to convert iOS games to Android automatically, without extensive changes to the original Objective-C or C++ code.

It works by cross-compiling Objective-C code for iOS to machine code that runs directly on an Android device's processor.

It's an approach that affords Apportable the freedom to optimise complex applications for speed and performance that rival the iOS version and outdo equivalent Java versions.

Recent partners include Pocket Gems, with the firm having launched Animal Voyage: Island Adventure simultaneously on iOS and Android.

"The Apportable platform is so far ahead and so much more complete than anything we've ever seen," said Pocket Gems engineer Jeff DeCew, before adding that Apportable "is improving at a rate faster than we can adopt" on the development side.

Indeed, DeCew believes that through the use of Apportable, Pocket Gems has been able to ensure the quality of its products on all fronts.

"One of the things we were worried about was the possibility that working on Android would slow down and inhibit iOS development," explained DeCew.

"We've had to make very few compromises on the iOS side to make our game great on both platforms.

"With the help of Apportable, Pocket Gems is free to focus on creating and improving the gameplay experience instead of rewriting code for Android."

For more information on Apportable, check out the company website.