We're waiting for WhatsApp to open up for games, says Game Insight's Chumachenko

Will the west get its Kakao? 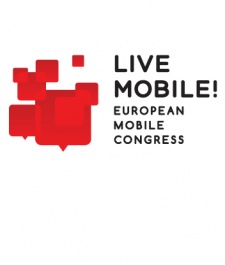 Highlighting the rise of mobile devices, she pointed out that Game Insight started out as a developer of games for social platforms, before focusing on mobile.

"We believe in cross-platform games. Users want to save their progress.

Indeed, Chumachenko highlighted what she expected to be the growing power of social messaging platforms in 2014.

"Mobile devices are personal, and social in nature. They are intrinsically viral," she said.

Looking at the rise of networks such as Kakao and LINE in Asia, she also pointed out the potential of US and European-focused WhatsApp, which now handles 27 billion messages per day.

"Social messaging channels are becoming very important for games. We're waiting for WhatsApp to open up to games."

That's not that Chumachenko is turning her back on the market's biggest player.

"All the big guys are fighting it out over user engagement and Facebook has more engaged users than any one else," she said. "And its users are now fast switching over to mobile.

Chart of the Week: Similarities and differences of the Russian mobile market