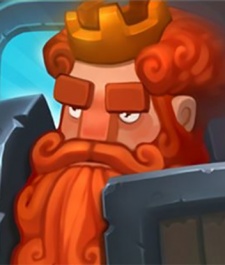 Unveiled back in July, the winners of a competition designed to find the best Unity-powered games on Windows Phone and Windows 8 have been announced.

Developed by Dicework Games, Trouserheart was awarded $30,000 in cash for taking home the top honour, with arcade-style release Freddy by Mobitouch Games taking home the same award on Windows 8.

"Guys at Dicework Games are known to be Unity experts and the game clearly is incredibly fun, so we knew we had a great entry for the competition," detailed 10tons CEO Tero Alatalo.

"Winning more than a thousand great participants is awesome. Thank you Unity, Microsoft, and everyone involved in this project."

In second spot on Windows Phone was Drift Mania: Street Outlaws by Ratrod Studio and An Alien With A Magnet by the inappropriately named Rejected Games coming home in third place.

On Windows 8, second place went to Shiny the Firefly by Stage Clear Studios & Headup Games, with Quantum Squid Interactive's Pylon finishing third. You can find out about all the winners on the competition's webpage.

Devs on BB10: iOS ports are a good thing for BlackBerry, says 10tons