99.7% of investors give the thumbs up 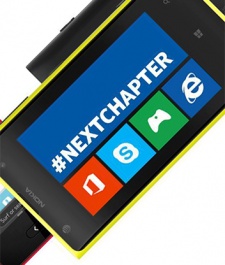 Nokia shareholders have approved the sale of the Finnish giant's mobile division to Microsoft at an investor meeting in Helsinki, the Financial Times reports.

The paper claims 99.7 percent of registered investors voted in favour of the deal, representing around 45 percent of all shares in the company.

Long rumoured, Microsoft's move for Nokia's mobile business was only unveiled back at the start of September, with the American giant moving for the company's "Devices & Services business, license Nokia's patents, and license and use Nokia's mapping services".

The buyout, which was welcomed by most commentators but caused discourse in Finland itself, comes as sales of Nokia's Windows Phone-powered Lumia range are on the rise, with the company having shipped a record 8.8 million units during the last quarter.

Interestingly, current Nokia CEO Stephen Elop  who will step down as a result of the deal  is also one of the favourites to take up the vacant CEO position at Microsoft, replacing the outgoing Steve Ballmer.

Attention will now turn to how Microsoft will integrate Nokia's Lumia and Asha operations into its own business, with speculation suggesting the Lumia name may be for the chop longterm.