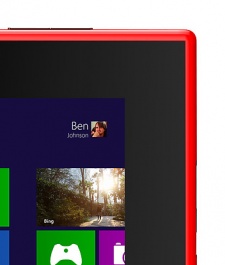 In a somewhat surprising move, Nokia has announced that its debut Windows tablet  the forthcoming Lumia 2520  will be sold exclusively through just one retailer in the UK.

The Finnish mobile giant has unveiled a deal with department store chain John Lewis to sell the 2520 from 4 December, available both online and in-store.

The news comes little over a month after the tablet was unveiled at Nokia World, this year held in Abu Dhabi.

"We have seen a continuing demand for tablets, selling one every 15 seconds, and we think the addition of this tablet to our range will appeal to customers looking to do more than surf the web."

The strategy behind the deal is unclear.

Though tablets at the birth of the sector were often restricted to just one or two retailers at launch, the more typical approach these days is to ensure devices are available across as broad a spectrum of retailers as possible.

The John Lewis deal, therefore, may suggest the Lumia 2520 will serve as something of an experiment for Nokia ahead of future tablet releases, gaining prominent shelf space and promotion at one of the UK's leading retailers ahead of a wider roll out.

Details have not yet been provided on how long this exclusivity deal will last or, indeed, whether similar deals will be struck with retailers overseas.