How to get your mobile game press across Europe, courtesy of Simon Byron

And why PR has had to clean up its act 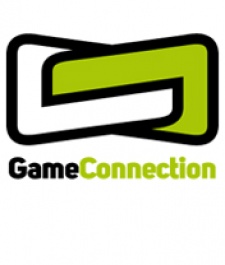 Europe may be getting closer both politically and socially, but when it comes to pushing out mobile games in different territories, there are still local hurdles aplenty to overcome.

In steps Premier PR's Simon Byron, who  with a cast of fellow PR professionals from across Spain, Italy and Germany  looked to lift the lid on each market's particular traits during a panel session at Game Connection Europe in Paris.

The main takeaway? Even in established markets like these, the game is changing fast.

"The press is much, much quicker to call out anything it finds disturbing these days," detailed Byron, warning against developers engaging in activities that potential consumers may disapprove of.

"I think that's in part due to social media. You can guarantee that if something comes out about you, it'll be everywhere. Things have had to improve, then, and that's a good thing. PR used to be a bit grubby, to be frank, and it had to clean itself up.

"For that reason, the relationships we have with the press are now more important than ever."

As far as the UK is concerned, Byron added, developers now have no excuse when it comes to targeting the right journalists.

"People used to be very stuffy about revealing contact details back in the day, but now you can find out how to get in touch with someone via a Google search," he added.

"It's not actually about who you know any more, it's about what you know. If you've made a game you're passionate about, you can very easily find out exactly which journalists are writing about those type of games."

The next step is to engage with those writers, Byron said. Send personal emails  while it can be tempting to mass mail people, it's "better to send out ten personal emails than a mass of impersonal ones."

Dealing with bloggers, however, can be touch more difficult. As the power of the printed press falls away, the focus isn't just shifting to web-based portals like Pocket Gamer, but also unmoderated  and potentially a little unhinged  bloggers and 'YouTubers'.

"The relationship between a blogger and a YouTuber and their audience is among the purest you could find," said Byron.

"They could not care less what you want to say about your product, and in that respect, they tend to take a bit less care. They don't owe you anything, basically. They're doing you a favour, not the other way around."

But are these rules that could and should be followed beyond the UK, across the rest of Europe? There are certainly similarities.

According to Luca Monticelli of Star2Com, many UK traits are present in Italy, where the print press is also on the decline and smartphone and social networks are becoming the gaming platforms of choice.

As a result, Italian developers have to engage with websites, most of which are fairly "amateur" and "run by very young guys."

"Some of them are 16 year olds or younger," he continued, jovially branding more professional Italian games journalists as "little bastards."

"They make me really crazy. They only want news about the big games and the big blockbusters. They don't think small games or social games are interesting."

On the surface, Spain offers a better opportunity  Martin Moncalvillo of Best Vision PR claiming it has the second biggest install base of smartphones in Europe  but it also comes with a pretty big caveat: mobile isn't really a big deal.

Germany is a different matter, concluded Dieter Marchsreiter of Marchsreiter Communications, with crowdfunding projects  such as games on Indiegogo or Kickstarter  being a afforded a lot of press.

"If you want to crowdfund your game, do it in Germany," he stated, adding that another trait that separates Germany from the rest of the pack is the fact that 47 percent of gamers in the country are female.

"We have four magazines," he concluded. "However, our mobile press doesn't yet reach very far, so be warned. The mainstream press is the way to go."

Top 10 most popular PocketGamer.biz stories of 2013 Reply
Luca Monticelli
Thanks Keith Andrew for your nice article. Transferring a deep concept into some words is not easy, especially if you can't hear the tone of the words. :-)
In a jovially way I branded my journalist friends "little bastards", but not with a dispregiative tone. At all. I love them, they are my core business, and they know that very well. :-) Maybe it was not so relevant to highlight my jovially words... :-)
The concept is that AAA games attract their attention mostly, especially because readers are hungry for that kind of news. This reflect when we issue press releases about a browser games, a f2p games, or a mobile game news. Coverage is lower, and we have to work more in order to keep their attention also on those kind of titles. Sometimes they lose the concept that those kind of games have more users, more revenues than AAA games, even if they don't have a hi-res graphic, special effects or they don't have a massive marketing campaign on the background, and they are living only on Social platforms... That's why our job in this particular segment, is harder and needs a deep attention and efforts.
We are also pleased to help and support "newbies" in this environment, they have always readers (often less than a certificate online magazine), but they are an interesting media we must support and help growing.