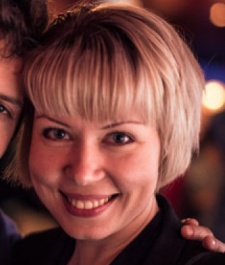 "When you come to Paris, it's very important that you at least try to speak a little French," opened Julia Lebedeva, business development director at Nevosoft, during her talk at Game Connection Europe in Paris.

"People always say to me 'oh, the French are so friendly to you', and that's because when I go there, I try to speak just a little bit of French. It doesn't even matter if you actually can or not  I just use a few set phrases I know to make it appear like I can."

Why would Lebedeva introduce a talk about cracking the Russian mobile market by talking about Paris?

"Because, when you go abroad  whether for business or vacation  you have to know the rules of the country to feel safe and happy," she added.

"And that's the same for the mobile market in Russia. You need to know the local rules."

Daily revenue rates of the top games on the Russian App Store may be only a tenth of the equivalent title in the US Lebedeva revealed, but when you consider the size of the US market, 10 percent is nothing to be sniffed at.

Tablets are a little further behind  despite Russians apparently preferring to play games on them over smartphones  but, as Lebedeva stated, "the number of devices will only grow." As things stand, there are 6 million tablets across the country.

Indeed, Russia is #5 when it comes to annual app downloads according to App Annie and #6 in terms of generating revenue  that's higher than both Germany and Japan.

So, how do you crack the Russian market, and what are the pitfalls?

"It may sound strange to say, but players are the biggest problem in the Russian market  they're the thing that makes it difficult for people to enter," continued Lebedeva.

"The most important thing to understand is, not many people in Russia speak English  all media, like movies etc, are all dubbed. There are three phrases in English the average Russian person can speak  'London is the capital of Great Britain', 'my father is an engineer' and 'I have a cat'. That's it."

Not only does this mean that it's important to translate your app into Russian  which can be a problem, given Russian sentences are typically 1.5 times longer than English ones, which can lead to all kinds of GUI problems  but it also means you need native tech support.

"It doesn't matter if we can actually solve the problem or not  we just like to complain, we like to bitch. So Russian players need 24/7 support."

Another local trait, Lebedeva claimed, is an unwillingness to trust people who charge for things.

"Russians don't trust people who want their money," she concluded. "It doesn't matter what you charge  they just think 'if you want my money, you're bad'. That's it. That's why user reviews matter more in Russia than in other countries.

"And they're smart. They know not to read the first few reviews because they're by the developer, right? So they scroll right down to the bottom to see what real people say."

Nevertheless, the opportunity of the Russian market speaks for itself. Figures suggest there will be 65 million Russian gamers by 2016, while the potential Russian-speaking market worldwide is already 250 million strong.