Looking to extend into UA and app discovery 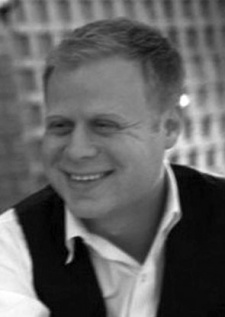 A mixture of equity and debt, the investment had been accumulated over a number of months, but has only now been revealed.

Over 20 strategic and angel investors were involved, including Ed Ojdana (FreeCreditReport.com, Experian), 3G Capital, Grind Games, and Silicon Valley Bank, which has provided the debt facility.

Already working with the likes of 7-Eleven, Hershey's, State Farm, and Time Warner Cable, the deal will enable PaeDae to focus on scaling up its technology and sales capacity.

"I think it's starting to happen, but there's still a large disparity in terms of time spent on mobile and advertising dollars compared to TV."

At present, many brand advertisers are coming to mobile with video ads, partly because they can easily repurpose existing creatives.

Emrich says that his vision is to extend this sort of campaign with real world rewards, and beyond.

"We know that rewards increase engagement and monetization, but more specifically, what we're looking to build out of user-centric advertising," he says.

In this context, Emrich adds that PaeDae's white label approach is a crucial part of its appeal.

"Developers don't want thirdparties remarketing to their audience, plus we see a massive increase in engagement when users connect with brands they already know and aren't confused by network branding."

In time, PaeDae is also looking to extend its network beyond rewards into other forms of premium advertising.

"But our core mission will remain - to provide users with ads that are non-disruptive, contextual, and connective," he adds.

"Our user-centric model will enable us to apply the attributes of reward-based advertising to new mediums including mobile video, rich media, and app discovery."