Crytek goes F2P, partners with DeNA to launch The Collectables 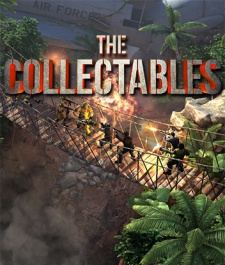 German powerhouse Crytek is to make a move on the free-to-play market, partnering with Japanese social gaming giant DeNA to launch its first F2P mobile game, The Collectables.

The game, which  in the words of both parties - will 'blend action and tactics as players attempt to lead a squad on missions around the world', is bound for iOS and Android in 2014, launching through DeNA's mobile games platform Mobage.

It's an interesting move by Crytek, which has typically focused its attention on big, blockbuster releases on PC and console.

"DeNA offers unparalleled experience in the mobile gaming space, and we're excited to be collaborating with their team to deliver The Collectables to players," stated Paha Schulz, director of business development, Games-as-a-Service at Crytek.

This isn't the first time Crytek has attempted to make a mark on mobile, however. The studio launched cartoon puzzler Fibble on iOS and later Kindle Fire back in April 2012 for 69p/99c.

View options
Reply
Foorty Sevenn
Is it me or do they really have a guy named RELOAD as a character?
Gunpoint I can take, but Reload? How does that work as a nick name for bad-ass mercenary? What if they start shouting to indicate they are reloading their guns? I might be over-thinking this...
Posted 8 years, 1 month ago