Up for 4 gongs, received 'honourable mentions' in 2 others 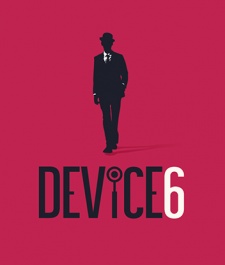 Simogo's critically acclaimed psychological text adventure DEVICE 6has been nominated in four of the six categories on offer in this year's IGF Main Competition awards.

The iOS release, which was recently named as a runner-up for Apple's iPhone game of the year gong, has been nominated in Excellence in Visual Art, Excellence in Narrative, Excellence in Audio and is also up for the Seumas McNally Grand Prize.

Impressively, DEVICE 6 has also received 'honourable mentions' in the two categories where it missed out on a nomination.

"We find the concept of a puzzle story really fascinating," Simogo's Simon Flesser told us of DEVICE 6 back in October.

"Most things are actually there, but it's a bit fragmented, and I guess you'd have to play it two or three times to piece it all together. We like to keep things a bit elegant and not let the players feel stupid."

More than 650 games were submitted ffor this year's IGF Awards, with the winners set to be announce during the Independent Game Festival in San Francisco on March 19.