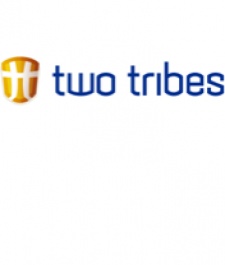 2014 is looking to be a difficult year for indies, and Dutch developer Two Tribes isn't doing much to shake that impression.

Two Tribes has effectively shuttered its original 12-year-old studio Two Tribes B.V. which employed all of its developers. Its parent company, Tribes Publishing B.V., remains unaffected by the closure and will continue business as usual.

As such, Two Tribes is effectively 'rebooting' as a publishing company - although there are still plans for future games which will be built on the Toki Tori 2+ engine by "a much smaller team".

The reboot of Two Tribes came as a direct result of the indie shop devoting too much time and manpower to its in-house development projects.

"We're super proud of what we've achieved in recent years, but the company that resulted from that transition still held on to too many ideas and values from the old days," it says.

"It's difficult to make fundamental changes, but late October last year we had no other option. When Toki Tori 2 ended up taking way longer than expected and not achieving the sales we needed, it basically took the company down with it."

Two Tribes went on to express effusive thanks for the employees it was forced to release in the transition, and noted that original founders Martijn Reuvers and Collin van Ginkel "aren't going anywhere".