Ouya co-founder and VP waves goodbye to the firm 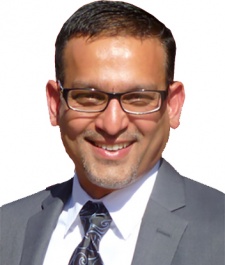 A statement released by Ouya has confirmed that Muffi Ghadiali, Ouya co-founder, and VP of product development, has parted ways with the firm.

Ghadiali, who has been labeled by an Ouya spokesperson as "invaluable", helped launch the device on Kickstarter, and was a crucial figure in bringing the micro-console to the consumer market.

At the moment, it's unclear why Ghadiali chose to leave the company, but it's rumoured that the decision was not one made by Ouya.

According to a company statement, the Ouya team will now attempt to focus on the "next phase" of its business and product development plan, explaining Ghadiali's departure as merely another "change".

"Ouya is focusing more on the next phase of the business and product development," said an Ouya spokesperson in a statement given to TechCrunch.

"We've made some recent changes including the departure of Muffi Ghadiali who was invaluable during the launch of Ouya.

"As is to be expected, Ouya is an ever-changing business, and as we continue to grow, our needs shift accordingly." Reply
Benjamin Jimenez
I'm betting that he won't be the last to go, and an eventual shut down will most likely be on the way.
Posted 6 years, 5 months ago