From community and retention to updates and videos 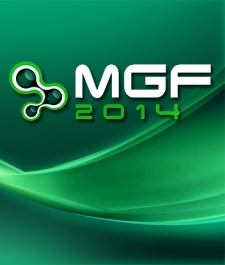 "My opinion is that there is going to be a shake up this year as there are too many networks and services offering the same thing."

Within a minute of starting his chairmanship of a panel at Mobile Game Forum 2014 in London about the challenges facing indie developers in the user acquisition market, Ilja Goosens of Chartboost set out a frankly informative tone for a refreshingly open twenty minute discussion.

Taking advice from an all star panel of UA heroes from the likes of Grand Cru, Pixowl and Ndemic Creations, an occasionally dense and impenetrable topic of conversation was brought to life with the help of some simple pieces of advice.

Here are five simple hints and tips for you to keep in mind during 2014.

1. Focus your soft launch on engagement and retention

Soft launching a free-to-play game is now so commonplace that not doing it is considered a risk to far for anyone in the business of promoting many games-as-a-service.

However while many developers thought that making the most of them meant fine-tuning your monetisation techniques, for Thorbjörn Warin of Grand Cru, it was all about making sure retention and engagement is in tip top shape.

"We have the luxury of being well funded so we had the luxury to take our time on the soft launch of Supernauts. So we did our release in three phases so we did our alpha in New Zealand because it's English speaking but a small market so you don't get burned. We looked at engagement and player behavior, then once we'd looked at that we did a beta which was Canada and have been live their for a couple of months.

"We didn't look at monetisation though. We think monetisation is the easiest thing to fix. If your engagement and retention suck then that's really hard to fix. Our philosophy is to focus on that."

For Warin, then, if the quality is there then the money will follow so you might want to make sure that you're not doing things the other way round.

2. Community features are a cheap and effective way to gain organic users

But what happens if you haven't got the money a company like Grand Cru and need to build things from a bootstrap basis?

Sebastien Borget of Pixowl, developers of The Sand Box, claimed that 90 percent of their hundreds of thousands of users came organically. And for him, his secret sauce was the construction of a community.

"We added a forum, we added a YouTube channel and a year after that we had over 300,000 fans on Facebook and had 2 million views on the channel."

By building a platform for enthusiastic users to demonstrate their love for your game, it seems you can reap the harvest of a group of happy organic users.

Most companies running games-as-a-service will look to update their games once a quarter. But, according to our panel, that may not be enough. Pixowl's update schedule comes in at once a month according to Borget

While Michael Schade, formerly of Fishlabs, said "If we make a new game, we need to make it so you can add new content easily."

How exactly do you make sure that you make a great update? For James Vaughan of Ndemic Creations, the developer of Plague Inc, the answer was simple: zombie viruses. Or, more broadly, content that fits with what your users really want.

To keep those users coming back, you need to make sure that fun is number one when you're updating.

If there was one thing that seemed to be preying on the minds of the panel was the worthwhileness (or otherwise) of re-engagement advertising.

While it is a service being pushed by advertising providers, for our UA experts it seemed to be curing the symptoms rather than tackling the cause of user disinterest.

"The thing about re-engagement is that you don't need to do it if you have good retention" said Joakim Achrén of Next Games.

"During the soft launch, you need to see if the game is going to be a game people play for years, that they play on the toilet. That means the developers don't need to re-engage as people are staying with you."

So, instead of trying to capture the attention of users who have flown the nest with paid advertising, you're better off building a game from the beginning that has retention firmly at the heart of things. Easy, I know.

5. Make yourself some quality video ads

Making great advertising is a fantastic way of getting great quality users who'll be engaged with your game. Bog standard banner ads and interstitials, however, might not be the best way of doing it now that there is a new pretender on the scene that Thorbjörn Warin is in love with: video advertising.

"Video is completely destroying everything else; the conversion rates are great and the user quality is good so they're much better than banner ads. Our game Supernauts is a 3D game a bit like Minecraft where you can run around in space and build whatever you want, so that works so much better in video than on crappy banner ads."

So video ads are a great way to tell your app's story and gain the best quality users possible. But, even with that innate advantage, it's up to you to make sure that you're optimizing their performance.

As Warin said about Supernauts, "We've tested different videos in-house, worked with lots of different externals to see what works" - so you should consider doing that too.

And that's your lot. With the UA landscape becoming more competitive, these tips could hopefully help you give your app a great leg up in the mobile landscape.