Holds on to 17,000 strong patent library 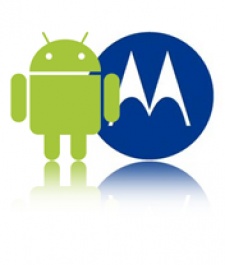 Google is to sell former mobile giant Motorola Mobility to Chinese outfit Lenovo for $2.9 billion, with the latter looking for a route into the highly lucrative US market.

Motorola was acquired by Google back in 2011 for $12.5 billion, though the search specialist has been unable to revive the manufacturer's fortunes with Samsung, HTC and Sony muscling Motorola out of the Android market.

The sale, which has been rumoured for days, effectively means Google has lost around $9 billion on its Motorola venture on sale price alone, though  as Ian Betteridge of Technovia explains  when you include $1.5 billion worth of losses and ill-fated court cases against Apple, that figures rises to a more eye watering $11 billion.

Nevertheless, Google is to hold on to the majority of Motorola's 17,000 patents  which many speculated was the real motivation behind the original deal in 2011  with Lenovo picking up a license for said patents and Motorola's brand and trademark portfolio.

"We will immediately have the opportunity to become a strong global player in the fast-growing mobile space. We are confident that we can bring together the best of both companies to deliver products customers will love and a strong, growing business.

"I am confident we will be successful with this process, and that our companies will not only maintain our current momentum in the market, but also build a strong foundation for the future."

For Google's part, CEO Larry Page said he believes Lenovo has "the expertise and track record to scale Motorola Mobility into a major player within the Android ecosystem", though investors are likely to ask just what the firm's own move for Motorola more than two years ago achieved.

"With the recent launches of Moto X and Moto G, we have tremendous momentum right now and Lenovos hardware expertise and global reach will only help to accelerate this."