Called mPOINTS, this is a real-world reward scheme that gives players points for completing in-game achievements such as levelling up or getting a high score.

These can then be redeemed for merchandise, gift cards and contest entries.

Ludia first tested the system in its game Family Feud & Friends in 2013, and now is expanding the partnership to include its entire catalog, which covers games such as Jurassic Park Builder.

mPOINTS will also be integrated into its six upcoming titles, while Ludia will have its games cross-promoted across SessionM's network of 60 million players.

"SessionM has proven to be a valuable partner in helping us to reward these fans for playing more frequently, while attracting new valuable players, and increasing revenues with ad experiences that players actually enjoy," commented Ludia CEO Alex Thabet. 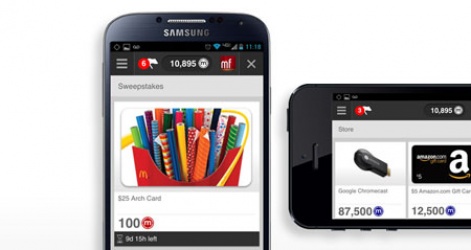 "2014 promises to be a landmark year for Ludia based on their impressive release schedule," said SessionM's chief revenue officer Bill Clifford.

"We're excited to help brand advertisers align themselves with their world class mobile content while enhancing the gameplay experience."