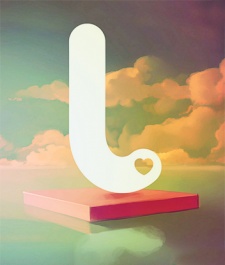 Almost five months after the demise of UK developer Blitz Games, the team that worked on one of its most acclaimed mobile releases has reunited to form a new studio.

Several former members of the development team behind Kumo Lumo and the similarly praised Paper Titans have come together to launch Lumo Developments, with the outfit one of the first to form out of the ashes left by Blitz's demise.

"Team Lumo was so special for all of us, and it was sad to think that we would not get to work together again," detailed the new development's founder Steve Stopps.

"Our shared passion for innovative and beautiful games ultimately kept us together, and has led to our new game."

Behind Lumo Developments is investment raised from the Tesseract Interactive SEIS Service - managed by Daedalus Partners.

Interestingly, the developer has decided to rid itself of traditional job titles in favour of branding every employee a "game maker", which Lumo Developments claims is a "reflection of their equal contribution to the overall experience."

Details of the team's first game, however, remain under wraps, though it is "currently in development" and due for release on mobile in summer 2014.

"It is early days for us at the moment, but we do have a clear vision for the game," said artist Nic Williams. "It is unmistakably 'Lumo', but is also a very unique experience."

Founded by Dizzy series developers brothers Philip and Andrew Oliver in Leamington Spa, Blitz was liquidated in September 2013 after 23 years of business, with the firm claiming it had been "unable to secure enough funds to sustain the business in its current form."