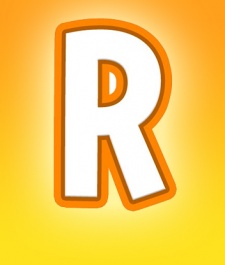 As the demise of Flappy Bird attests, there are unavoidable stresses and strains that weigh down on a developer when a game makes it big.

Thankfully not all of them revolve around abuse on social media, however. As Kaj Nygren, CTO of Stockholm-based MAG Interactive, laid out in his talk at Casual Connect Europe in Amsterdam, there are certain technical hurdles to leap over if your game amasses huge numbers of users.

Those hurdles confronted MAG after the launch of its iOS, Android and Windows Phone word puzzler Ruzzle. Initially, Nygren explained, Ruzzle became a viral hit in the studio's home territory of Sweden.

"It took us nine days to hit the top of the App Store charts in Sweden," Nygren stated. "We had celebrities tweeting about it and stuff  it was really cool."

After Sweden came Denmark, Norway and the Netherlands, Nygren reported, though total downloads were only at around the 5-6 million mark. "The success was good, but to be honest these countries are small."

Predictably, things went big for MAG when Ruzzle exploded in the US.

"It was December 2012 when Ruzzle became viral hit in US and Italy," he continued. "Because we had analytics in the game, we could see exactly where and why the game was spreading."

Ruzzle initially took hold in a small town in the state of Tennessee, with neighbours taking on each other online. Then it spread to the next town, and across the state, before hitting neighbouring states and then, finally, "across the whole of the US like a virus."

As a result, the game jumped from a peak of around 30,000 downloads a day to just under 1 million.

"This is the point when people in marketing tend to give two thumbs up before going out to drink champagne," Nygren joked. "The people running the back end however tend to cross their fingers and just hope everything holds up."

Indeed, the PvP nature of Ruzzle meant that MAG had to ensure the server side of the game was capable of scaling up to meet the needs of the game's growing userbase.

That userbase was playing an average of 100 million games every day, with MAG pushing out 150 million push notifications a day, too. At its peak, Ruzzle was dealing with 30,000 requests per second on its server.

"In truth, we did have a few problems, but for the most part, everything scaled beautifully," admitted Nygren.

His advice? Choose the backend solution that meets your needs. If you're a single platform release, the native option  Game Center or Google Play Services, etc  may do the job.

If you need more flexibility, the Facebook-owned Parse or Appcelerator are valid options, while Google App Engine can actually be used across multiple formats - "as long as you don't mind forcing your users to sign into their Google accounts," Nygren added.

"You need to do your homework on economics," he continued. "You need to work out what cost you'll have on every daily active user  you need to know that the server service you're using isn't eating up your cash.

"Verify your assumptions and metrics in a small country so you know you can run this thing on a large scale without any problem."

Once the game is out there, it's scaling well and the server is holding up, what else do developers need to consider?

"Gaming is more like a service today, so it's vital you know how your game is performing, who is playing, who is leaving and why," he concluded.

"It's vital you have an analytics solution that can capture all that. You also need to test everything  if you make a change, you need to know that it actually make things better, not worse.

"The analytics need to scale as well. If you have a hit, you will generate tons and tons and tons of analytics to analyse, so it needs to be able to handle that as well."