Vungle and InAppCoins add BTC as a payment method 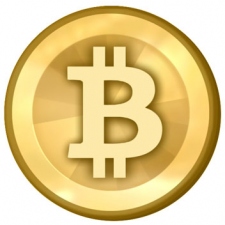 Given the recent news, you might be forgiven for thinking that Bitcoin was yesterday's virtual currency.

However, two mobile companies are keen to demonstrate that the emerging payment method is still alive and well.

One is video advertising platform Vungle. It's announced it's now supporting pay outs to its developers using Bitcoin.

It says the move will be better for developers because of Bitcoin's lower transaction costs.

Vungle reckons this is around 1 percent of transfers, which it says is half the cost of other payment methods.

"We have a long view on this new currency, and we're betting that as Bitcoin gains more widespread traction, increased demand will follow," said Vungle CEO Zain Jaffer.

A company taking a similar bet on the longterm future is InAppCoins.

It's enables developers to integrate Bitcoin into their apps and games (we're assuming only Android at present) via an SDK so users can pay for in-app purchases using Bitcoin.

InAppCoins says a key advantage is the immediacy of the payment to developers, Bitcoin being a real-time currency.

You can find out more at the InAppCoins' website.

How StormX is using Bitcoin to power user acquisition