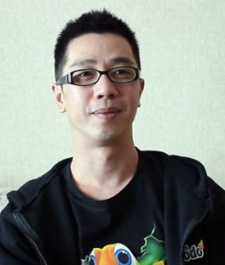 Every western developer looking to make a mark on China knows that the rules that define discovery, distribution and monetisation in the US and Europe simply don't apply.

However, according to Henry Fong of Yodo1  the firm that took Ski Safari to China  even the models that are in place at the moment, complex as they are, are fast evolving.

Speaking at GDC 2014 in San Francisco, Fong's key takeaway was that China is changing, and it's changing at an astounding pace.

Fong's words, of course, are backed up the experience Yodo1 had successfully conquering the Chinese market with Ski Safari, which  according to live stats revealed during his presentation  now boasts 70,031,610 activated users across iOS and Android.

It was the iOS version, however, that was Fong's initial target.

In the first three and a half months, Ski Safari averaged 62,000 downloads a day, leading to a total of 6.5 million downloads.

Things really changed, however, when Yodo1 updated Ski Safari from the basic free-to-play game it had hit China with to a more extensive, authentic approach.

"We then started creating new content that was culturailised for the Chinese market too," Fong continued.

"New level designs, new maps, etc. On iOS, the volume of new downloads was still 30,000 a day, so it hadn't dropped which is pretty decent for a six month old game. The real upside, however, came from Android.

"As of 21 June 2013, we were doing 50-50 in terms of revenue on iOS and Android  and on Android, all that revenue was driven purely by in-app purchases, with no advertising whatsoever, from 80,000 downloads a day."

Today, Ski Safari sits at 225,000 new users a day in China, and Yodo1's strategy of expanding its base further is now focused around securing carrier and handset preloads.

"Unlike the west where you get the biggest bump at launch, in China, daily downloads are still growing," Fong added.

Ski Safari has attracted 40 million users in the past six months and has amasses an average of 20 million new users a quarter. The potential for growth, however, is astounding.

"Every month in China, there are 30 million new devices coming into the market," he continued. As such, the wealth is being spread across all platforms, including those that don't always hog the limelight.

"We launched a Windows Phone version [of Ski Safari] on New Year's Eve, and it's doing surprisingly well," Fong admitted, pointing to 500,000 downloads since launch.

"Microsoft is starting to make some headway  it's actually starting to get some good traction.

"China is actually the best selling country for Windows Phone, and now that it has hunkered down with Nokia  who, lets not forget, was the king in China, even 5-6 years ago when it had 80 percent of the market  there is money to be made on Windows Phone now."

Indeed, flexibility  or, rather, developers doing things and supporting platforms that might not consider in the west - is key to making a mark in China.

"I don't know if this is a good thing or not, but China is going to reinvent itself again  there are a number of disruptions that are going to happen this year," Fong concluded.

"Discovery and distribution is also being disrupted. The mid to small marketplaces are consolidating, plus new big players are coming into mobile gaming. All of them have mobile DAU that is over 10-20 million. Total install base in the hundreds of millions. These guys are behemoths."