It's time for developers to get physical with their players, says Alistair Aitcheson

Big screens are the future 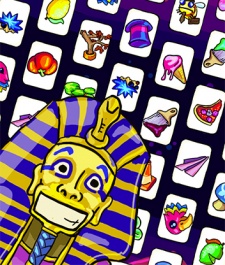 Taking to the stand at the Indie Games Collective in London last week, Alistair Aitcheson  of Greedy Bankersfame began his presentation in a typically positive manner.

Aitcheson's message, delivered as part of a new two day long event in the capital, was that he wants developers to think bigger, whether operating as a one person band or a far bigger enterprise.

Of course, Aitcheson was referring to screen size rather than studio expansion, with his recent exploits with the Windows 8 exclusive Tap Happy Sabotage making him something of an authority of touchscreen-based play on massive displays.

The next big thing

"Players are encouraged to cheat," he said of the game, which charges multiple people with taking on each other around one screen.

"If people have excuses to grab each others arms, or push each other, they'll do it. If you're friends with someone, you won't feel bad. If you're strangers then there's a psychological connection that forms that I think is positive. Maybe if you're quite a shy person, you've got a safe space where you can be Machiavellian."

This focus on physical interactivity is a very deliberate one, with players encouraged to think about how they can 'stiff' their opponent without losing track of play, both in Tap Happy Sabotage and in his previous iPad release Slamjet Stadium.

"[You can] grab other player's pieces and use them as your own," he sid of Slamjet Stadium, noting that a significant barrier to player interaction is dividing up the play area into "your side and my side".

Another issue to avoid is making fixed and inflexible focal points "the focal point of Greedy Bankers was the centre of the screen" which he confesses meant that play sometimes ended up in "stalemates".

But with Slam Jet Stadium "the ball is the focal point" as it "moves the focus of play around".

"You can engineer these [large screen] games around comedy moments," he continued.

"It's all there to get people moving around in different ways," he added, pointing to Where's My Water? as an example of a title that shows what can be done with large screens. "I think there's more we could do with this... things that would be fiddly on a phone are now just minute details on a large canvas.

"Physical games are very easy to spectate, they work well in public spaces, they attract a crowd. I think theres a big opportunity for games as installations."

Designing multiplayer games for big screens does come with notable pitfalls, however, with Aitcheson recommending developers "keep it simple, keep it based on challenges people can understand, based on simple skills or observation".

You can read more of Aitcheson's thoughts on big screen play here. Reply
Johannes Benjamin
This is a real treat to see. Lack of human interaction is what many people say is wrong with mobile devices.
Posted 7 years, 6 months ago