AJ Grand-Scrutton on working with Microsoft 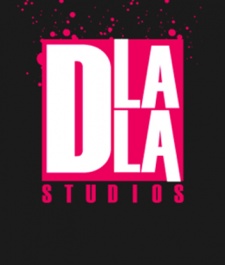 "It's hard to concentrate on being creative when you need to borrow £10 from your mum for the train fare to London for your next meeting," says AJ Grand-Scrutton, CEO of Dlala Studios, speaking at the Indie Games Collective in London last week.

Happily for Grand-Scrutton, he met Lee Schuneman of Rare, and from there Microsoft eventually took the team on-board as part of an incubation program.

Suddenly he no longer needed to speak with his parents for marketing budget.

His studio is no longer part of the program, but the takeaways for working with a big company have clearly been invaluable, and he was key to lay them out on stage at the indie event held in the UK capital.

Unlike the typical indie model, in which a studio is largely responsible to itself, when you're working closely with a large company you need to be aware that "communication has direction, and everyone likes it differently."

From "ticking boxes for the people that are in the meetings", to ensuring higher ups are kept informed of what you're working on, it's important to be aware that some people you work with will not be speaking the same language of development as you.

"Guys above you will hear about these terms, and they wont understand them," he notes. People will say "I've heard about 'scrum', we should do 'scrum', go do 'scrum'. And what you end up with is 'shit'".

Such mistakes don't stem from a centre of negative, however, but rather a lack of clear communication.

"You need to make them very aware of what you're doing, or they will assume you're doing no work," Grand-Scrutton continues, and because of this, "one of you [on the team] will not be on the project. One of you needs to be a full time business guy."

Though the money from a scheme like this is a good safety net, sidling up to a big company is not a golden ticket to complete creative freedom.

"I was really hoping for a Scrooge McDuck vault of money," he jokes, but found that "money and numbers speak".

He highlights that "freedom is earned, business is business". The need to consider including a game element from a popular title, for example, simply because it's a proven success for sales.

Though he might not want to make Clash of Clans, "the suits ask me why I don't want to, because it makes a lot of money".

However, the pay-off for the studio was that there was this aforementioned guaranteed money coming in. On top of this, all licenses were paid for, and they had access to contacts and expertise they wouldn't have otherwise.

"We had a question about combat, and we went upstairs to talk to Simon Carter who made Fable," he notes. "People like Phil Harrison and Phil Spencer had time for us. They were all really nice guys."

You can read more about Dlala's experience with Microsoft here.

How an indie can win with a Windows 8 exclusive, by Dlala Studios