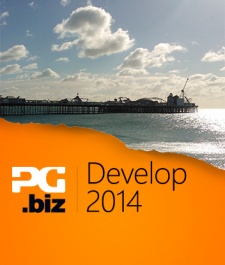 Develop in Brighton has announced that it's opening up submissions for its fourth Indie Showcase competition.

The Indie Showcase is a prestigious opportunity for indie studios to gain exposure for their games while receiving direct feedback from a panel of judges lead by Assyria Games' Adam Green.

Consideration for the Indie Showcase is open to the following:

If selected as one of the 10 finalists, a studio will receive two free Indie Dev Day conference passes, up to five expo passes, pre-event publicity, and a profile on the event website.

In addition, these finalists will also have the opportunity to show off their games to the estimated 1,600 developers and publishers at the event.

Ultimately, only one game will be chosen as the Indie Showcase Winner by the judging panel, but journalists will also select one for the Editors Choice Award while all delegates can vote for the winner of the People's Choice Award.

A golden age for indies

"It is fantastic that The Indie Showcase is back for a fourth year. Last year produced a record number of submissions and I think it is safe to say we are in a golden age for indie developers. I have high hopes there will be even more amazing games submitted this year and I can't wait to check them all out," judge Adam Green began.

"The showcase remains an excellent opportunity for indies to put their game in the spotlight at the Develop in Brighton Conference and get in front of publishers, the press and over 1600 delegates."

Those interested in applying can do so by clicking here. The deadline to enter is 12 May 2014, and winners will be announced on Thursday 10 July.

Big in Brighton: 5 things we learned at Develop 2014