Flappy Bird 'sequel' soars to the top of the App Store 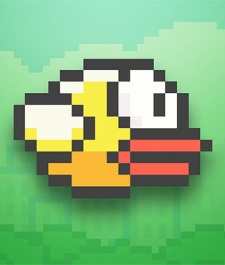 A game purporting to be an official follow up to the wildly successful (but still absent) Flappy Bird has hit the top of the free charts of the App Store, illustrating the continued demand for Dong Nguyen's runaway hit.

With Nguyen himself having recently talked up the possibility of relaunching Flappy Bird in a fresh, retooled form in an interview with Rolling Stone, the appearance of Flappy Bird: A New Season would appear to be a timely one.

As The Guardian reports, however, it appears this second crack of the whip is, in reality, just another clone.

What's in a clone?

The game itself offers no new take on Flappy Bird's intentionally simplistic gameplay - to all intents and purposes, it's identical to the original title.

More importantly, however, the game hasn't been released via Nguyen's existing App Store account and the Twitter account being used to promote it is, likewise, a new addition.

Nevertheless, the rise of Flappy Bird: A New Season both proves that consumer want for Nguyen's game remains high, almost two months after the game was pulled from sale.

It also raises questions about Apple's ability to keep on top of the continued flood of Flappy Bird clones onto its marketplace.

As previously detailed on PocketGamer.biz, the App Store is by no means the only marketplace to play host to clones of the game or, indeed, games claiming to stand as Flappy Bird sequels.

A quick search for Flappy Bird games on the Windows Store - hardly the most packed of app markets - brings up 179 results.

Attention has more recently been diverted to clones of puzzle game Threes, however, which co-creator Asher Vollmer recently claimed risks being "lost in the underbrush of copycats, me-toos and iterators."

"We do believe imitation is the greatest form of flattery," added Vollmer, "but ideally the imitation happens after we've had time to descend slowly from the peak - not the moment we plant the flag."

How big is the cloning problem within the mobile games industry and what can be done about it?

Reply
Joey Robinson
Slappy Tappy Soccer by MindSmack Games combines Soccer and Flappy Bird. Its my favorite clone to date. I love soccer and flappy bird so this is the perfect mix for me. Reply
Nicolas Hochard
Well done But will you be able to compete with the excellent Mr President... OK probably, but at least this game take a bold direction never took before! World war at its highest, Obama against Putin, Kim, French president and the rest of the world. it is really getting dirty...! for FREE https://play.google.com/store/apps/details?id=com.mrpresident.mrpresident.free
Posted 6 years, 4 months ago

Reply
Damien Walker
Head over to kickstarter and back my "create a mobile game in just a weekend" project!
For just Â£20/$35, you get a DIY mobile game making kit with templates, tutorials and on line support. Its possible to release your own game with no prior experience in just one weekend! Back me now on Kickstarter at: http://kck.st/1jSQETi
Posted 6 years, 4 months ago Reply
Tom Kelly
but how is that possible? when this http://www.flappybirdnewseason.com/ was made over a year ago?
Posted 6 years, 4 months ago