Easy to implement across multiple devices 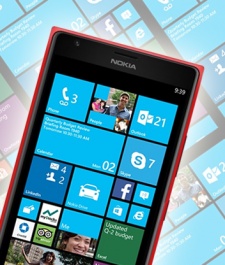 Microsoft's Build conference in San Francisco has played host to the unveiling of the giant's latest drive to increase developer support for its assorted platforms: universal apps.

Long hinted at by the firm, developers will now be able to create single apps that, with minimal adjustment, work across Windows 8 PCs and tablets, Windows Phone, and Xbox One.

In turn, consumers who purchase an app on one of the three ecosystems will then also be able to download it for any of the other two, providing both simplicity for the developer and value for the player.

Build it and they will come

Changes that will have to be made between the app versions appear to focus around UI - tailoring the release both for the different sized screens on offer, and different methods of control - from gamepad and voice on Xbox One to mouse on PC and touch on mobile.

Also of note: if a developer so chooses, they can force consumers to pay for the different versions of their app or allow them to pay once for the batch  it appears Microsoft is not interested in laying down the law on this issue.

Talk that Windows and Windows Phones apps might run on Xbox One was first sparked by Microsoft's Steve Guggenheimer speaking at the last Build conference in 2013.

He made no official announcement at the time, but did state that "when I talk about that common core you're seeing that common core in action, being able to target other devices over time that run the Windows 8 engine."

It's taken Microsoft almost nine months to deliver on Guggenheimer's hint, with the Redmond giant no doubt hoping to lure of creating for three growing userbases with one piece of code will ramp up developer support in the months ahead.