Developer worried studios are 'giving up' 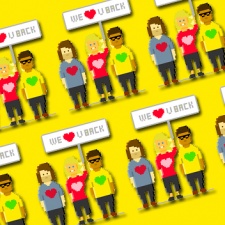 A new development community has launched with the intention of convincing developers not to give up the ghost, directly linking indie studios with gamers who appreciate their wares.

Headed up by graphic and web designer turned game developer himself Dan Khan, the venture – hosted at Developower.org – came about when he realised scores of developers were "giving up their passion" because of a failure to get noticed in an ever-competitive games market.

"I wanted to do something to motivate these devs and make them feel loved," Khan told us of the site.

"Sounds cheesy but I think it's important for them to be feel wanted. That will not only motivate them but also encourage them to continue developing games they want. I didn't want to make a site which helps them with money - there are other sites that do that so - I created Developower.org, a site that allows gamers themselves to show indie game devs appreciation."

Power from the people

Game discovery is, undoubtedly, one of the biggest issues facing developers today – on mobile more than any other platform.

In an attempt to prove games of all shapes and sizes can find an audience, the site encourages gamers to add their name to a list of supporters, with 100 having signed up within Developower.org's first day.

"I intend to grow this list of supporters so devs can physically see the names, messages and the number of supporters," Khan added.

"The site also contains a growing list of indie game dev interviews. I want there to be more of these. I want devs to really express themselves and share their thoughts and ideas as well as what they're working on.

"Readers can leave comments and feedback which can be words of encouragement, love of even suggestions. It's all about devs feeling visible."

You can check out the site for yourself here.

Strength in numbers: Can indie bundles survive in a mobile market dominated by F2P?

Grand Cru: An App Store promo spot can do more harm than good