Bossa Studios' Roberta Lucca on being F2P without being F2P 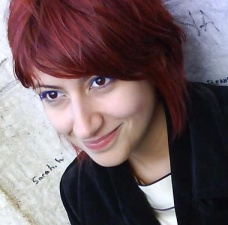 "Free-to-play gives you a taste of a game for free – some games more than others – and then, if you enjoy it, you then go out and pay for things," detailed Bossa Studio's co-founder and CMO Roberta Lucca at the F2P Summit in London.

"But as a company, we define monetisation that is the best for the game that we are creating."

"Surgeon Simulator created a similar effect out of the 2.3 million videos and 200 million views on YouTube," she continued. "It created a very accurate taste of what the game is before they actually went to buy it."

Lucca's stance has merit. Surgeon Simulator – born out of a game jam and built on the back of an almost instance wave of love from the games community – is one of the best recent examples of a game largely built upon and driven by virality, much like many free-to-play releases.

But those 2.3 million YouTube videos – though user created – were no accident.

"When we saw the cascade of YouTube videos coming in, we decided we needed to act and the game make it proper," added Lucca. "At that moment we were still using music from [BBC TV series] Casualty, so we gave the team a couple of months to come up with the real Surgeon Simulator.

"Then the whole marketing team went into overdrive – we gathered together and said 'these are the things we're going to do' in order to leverage the amount of love we'd received from the community. Then when we eventually went on Steam Greenlight we essentially broke the charts – the amount of yes votes was ten times the average."

The latter launch on iPad, Lucca contended, was a "natural" extension of the original Steam release. The brand Bossa had been able to build on PC was easily transferable to an iOS audience.

But would the game had made more more had it been a free release?

"That's a good question, but I don't think so," she concluded.

"The game is not prepared for the free-to-play model. The whales – which is a term I like to avoid – they consume the game in a very different way, and we're looking to other things to fulfil their love, like merchandising and other things that they can buy into the brand."