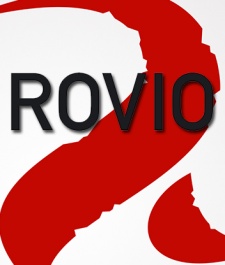 Rovio has announced its annual financial results for 2013, the 12 months ending 31 December 2013.

Of this, Rovio's physical consumer products group accounted for 47 percent.

CFO Herkko Soininen described the year as a "foundation-building year".

"After three years of very strong growth, 2013 was a foundation-building year. We invested in new business areas, such as animation and video distribution, ventured into new business models in games, and consolidated our strong market position in consumer products licensing.

The obvious issue for Rovio has been the huge success of its paid Angry Birds games meant it was late into free-to-play monetisation; something which has proven to be much more lucrative for hit games.

In that sense, the company provides a classic example of The Innovator's Dilemma.

Looking to the future, CEO Mikael Hed provided more detail on the areas in which Rovio - which now has 800 staff - was investing.

"In 2013 we formed a world-class movie animation production team in Los Angeles that is already working on the first Angry Birds feature film, to be globally premiered in July 2016.

"In addition we built the biggest animation studio in the Nordics for the production of animated TV content, bringing to market 42 Angry Birds Toons episodes in its first year," he said.