Team is 'racing to keep up' 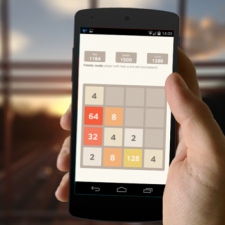 This growth comes largely as a result of the Nextpeer-powered multiplayer mode of 2048, the hit puzzle game which came to Android at the end of April.

Currently, 2048 - which some have branded as a clone of Threes - is ranked #2 on Apple's Top Free chart in the US.

With this recent growth surge factored in, Nexpeer has accumulated over 70 million downloads spread across both iOS and Android - which is particularly impressive given that its Android platform launched less than a year ago.

Speaking on the spike in Android growth, founder and CEO of Nextpeer Shai Magzimof didn't hide the fact that the boom in business brought a bit of pain along with it.

"The team is racing to keep up with the demand, and we see no end to this wave of new multiplayer users. We always thought that once Android took off, we would experience a steeper user growth curve than we had on iOS, but we did not expect anything like this."

"We are immensely grateful to be working with a great developer partner like 2048," Magzimof concluded.