Two day conference is back 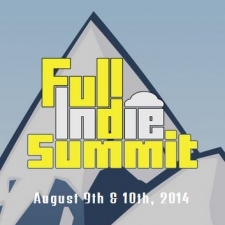 Canadian developer collective Full Indie has announced the return of its Full Indie Summit, which will be hosted on the 9-10 August in Vancouver later this year.

Aiming to "inform, educate and motivate", the founders are looking to establish the event as a key date in the calendars of indie developers from across the region.

The 2014 summit comes off the back of the success of the inaugural event hosted back in April 2013. Also based in Vancouver, the first Full Indie Summit managed to draw in 400 delegates to the conference to watch talks from the likes on topics as diverse as designing a stealth game and mastering in game metrics.

And it appears that they’re aiming to make this a long lasting element of the local events calendar. Following the loss of GDC and Casual Connect from the area, the founders say that their aim is to establish an event that will keep Vancouver on the itineraries of developers across North America and beyond.

“We are dedicated to creating a high-quality game-development conference that is relevant, accessible and affordable,” they wrote on the site. “The Full Indie Summit is an excellent opportunity to once again unite the Pacific Northwest, providing a venue not only for Vancouver's bustling indie scene, but to all the developers in the extended area.”

If you’re interested in getting more details about the conference or are looking to buy tickets for the event, check out the Full Indie Summit website for all the need to know information.

With two days of talks planned as well as mixers and other events to be announced, the organisers of the summit are hoping that the event will live up to the admirably lofty goals of bringing the community together for a world class conference without breaking the bank.

Considering the quality of writing the Full Indie UK team brings to PocketGamer.biz in its column, we reckon it’ll be an event worth keeping an eye on.