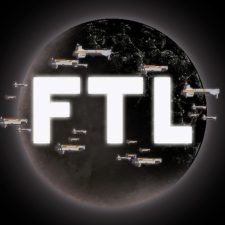 Despite being behind one of the most critically acclaimed iPhone releases of the moment, one of the men behind FTL: Faster Than Light has revealed Apple's platform isn't one the studio has all too much time for.

Speaking to PocketGamer.biz as part of an in-depth looking at the making of the game, Justin Ma – one half of FTL developer Subset Games – has revealed he takes no pleasure from working on iOS, putting future releases on mobile in doubt.

"iOS devices aren't really a platform we like developing on or designing for - we're really PC guys at heart," Ma told us.

"If we create another game that seems like it could work well on the platform, we will certainly consider bringing it to tablets. However, I doubt we'll start a project with touchscreens in mind."

In the interview, Ma reveals the game – which retails for $9.99/£6.99 – is "doing better than expected", leading to speculation a sequel is in works.

"I wouldn't entirely discount the possibility," added Ma on the subject, "but it's definitely not something we'll be diving into any time soon.

"We'll be looking into the possibility of getting FTL onto Android tablets and getting the touch controls to work with tablet PCs. After that, we want to go back to working on small video and board game prototypes. The early phases of development are some of the most interesting and challenging."

Not that working with iOS didn't have its own set of hurdles.

"There were a lot of technical challenges in getting our game running smoothly on iPad hardware," admits Ma.

"However, I was removed from that process and was more focused on the design issues. The biggest challenges on that front was the limited screen size and our game’s reliance on pixel-perfect art. There was a lot of information we had to convey on a screen that was considerably smaller than the original game's resolution.

"Nearly every visual element is interactive and therefore needs to be visible at all times, plus scaling the art wasn't an option due to the pixel-art. If tapping to select crew members wasn't reliable on the smallest device - the iPad Mini - it would have pretty much been a deal breaker. Luckily, our solution to have the two ships’ focus alternate in combat worked well enough."

You can read the full interview here.

FTW: The making of Faster Than Light