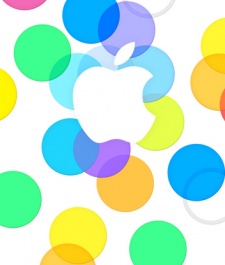 Digital comic app Comixology has sparked controversy by removing the ability to purchase comics via in-app purchases, but critics are claiming it's Apple, and not the app's new owner Amazon, that's to blame for the move.

Fans and comic creators alike were initially quick to point the finger at Comixology  - IAPs have been impacted on both the iOS and Android versions of the app - but, speaking over on sister site 148Apps, regular PocketGamer.biz contributor Carter Dotson has suggested Apple's policy of taking a 30 percent cut from all in-app purchases that's now starting to hit developers hard.

"The economics for the change are clear: they were giving 30 percent of every sale to Apple, as per App Store policies," says Dotson of Comixology's decision.

"When in-app purchases were introduced, Apple kept the rate per transaction the same: 30 percent on everything. Thus, when Comixology sold a comic for $3.99, they only got around $2.80 from it, for a book they had to sell for the same price on their site, by Apple policies."

It's Dotson's belief that the 30 percent fee is justifiable for an entire paid app, but he calls into question the need for such a high cut when it comes to IAPs.

"So, that 30 percent fee on transactions that Apple takes is problematically high. Certainly, it can be justified for paid apps: Apple provides approval, storage, bandwidth, tax collection, and a variety of services beyond just taking the money, in order to justify taking such a cut of a developer’s revenue," he argues.

"But for in-app purchases, Apple is serving as little more than a payment processor, though they do track whether non-consumable IAP is owned by the user. And 30 percent is exorbitantly high for payment processing."

"Remember that Apple sells music, video, and books of their own (though not comics to the scale that Comixology does); they have a weighted incentive to make it hard for outside sources to provide them on the App Store unless they pay the exorbitant 30 percent fee.

"And when people are inconvenienced by app makers because of Apple’s policies they get mad at the app maker, not Apple, which has to cause a chill to run up the spine of anyone struggling with a similar decision as Comixology."

Dotson provides evidence that though other companies have a similar method, they also offer alternatives to make it easier for apps such as Comixology.

"The thing is, it doesn’t have to be this way. Google has a similar setup with in-app purchases where they take 30 percent of every transaction, but they provide alternatives. Specifically, they have a policy that enables Comixology to still sell comics through their app through their own payment system."

Pointing out that Apple gives an illusion of consumer-friendliness when in fact restricting the freedom for purchasers to get what they want, when they want, Dotson has several different solutions to offer.

"They could enact the exact same policy that Google Play has, for one. This same policy is the one that allows Starbucks to allow for store credit refills through direct credit card or PayPal payments. It just needs to be expanded to cross-platform media so that users don’t get left out in the cold, or compelled to buy from Apple’s stores. Give them actual choice.

"Or Apple needs to make their tax on in-app purchases – these purely digital transactions – a smaller fee, in order for it to be viable for sellers in high-margin transactions involving media. Somewhere from 5 to 10 percent may be more reasonable than the current 30 percent."

You can read the piece in full here.