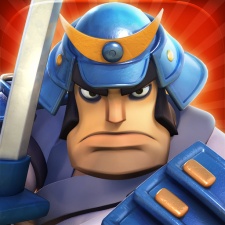 Co-Founder and CEO John Earner sees Samurai Siege's global reach and recent launch in Japan as a strength which stems, in part, from the employee make-up of the young company.

"We have employees from 17 nationalities including Brazil, China, Japan, and the US, and when your product is live in 149 countries, that is important," he said.

Currently operating in 9 languages, the game has ranked as the top-grossing strategy game in 40 countries, being Top 5 in 136. After being fully localized for the Japanese market, the game has so far reached number 3 after its launch on 1 May.

It speaks volumes about the international scope of single-IP developers and, as a snapshot of the global community, Earner is bullish. "We are very keen to build strong communities within our games. We admire Riot Games' approach and are looking to replicate that with our mobile fans."

At a time of strong results and increasing outlook, Space Ape is keen to restate its commitment to Samurai Siege and the communities built around it. It's an obligation perhaps too frequently lost in the desire to develop and launch a new IP after initial success.

"With Samurai Siege we've made the difficult first step of making a hit. Now we're focused on that 2nd step of scaling up to two teams: one continuing to improve upon Samurai Siege each week, and the other developing a new title," Earner says.

Details of this new title are scant, and news of splitting the team and scaling accordingly adds to the challenge. However, the company is keen to show that it is ready to respond to the demands of the community it has, as well as the community it hopes to build.

This next step comes on the back of a move to Soho Square earlier this year, which saw the firm relocate its 45-strong team to a new office.