Mark Rein: Publishers "less willing to take risks", but they're still a viable option for indies 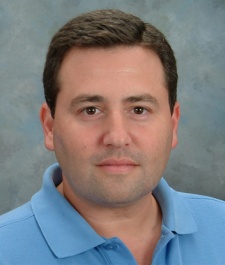 "It's very hard to negotiate with publishers if you don't have leverage," offered Epic's Mark Rein speaking on a panel at this year's GameHorizon in Newcastle.

"And there are just some risks publishers just aren't willing to take any more, but it's definitely still a viable model."

Rein's words – offered as part of a discussion on just how an indie can get up and running in the modern games industry – pretty much summed up the views of everyone on the panel: crowdfunding hasn't killed the publisher.

If anything, it's highlighted the stresses and strains the average publisher has to go through.

"The thing about publishers is, they do have to take risks," added Revolution's Charles Cecil.

"That really shouldn't be underestimated. If you don't have a fanbase then going through a publisher is a valid idea – I'm not anti-publisher in the least."

Speaking on the other side of the relationship Shahid Ahmed of SCEE suggested it's down to publishers and platform holders to let developers know they're open and available.

"There's always been a perception problem around PlayStation that we're hard to access and there are all kinds of gates to jump through, and part of that is true," said Ahmed

The thing about publishers is, they do have to take risks.

"That's essentially part of why we were set up. With Vita, we were presented with a massive opportunity. The traditional core audience wasn't engaging with Vita as much as we'd like, and the reason behind that was obvious – it hadn't sold as many as we liked.

"So we started to step out from behind our castle, talk to people directly and make PlayStation a more personable company."

But what if you're a studio that manages to strike a deal with a major player? Is it happy days?

"One of the things we want to do is bolster our own ownership of games and IP, but that's really difficult," said James Cope of Ruffian Games, noting that the studio is known for doing a lot of work for hire.

"It's really hard to develop ideas both with publishers and with crowdfunding if you don't already have an audience – they're averse to new things. They want a safe bet, and that's how it has been for years."