'Too difficult to break into' 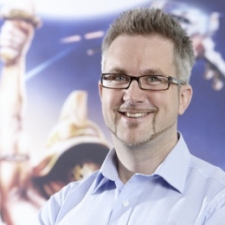 “Who thought Flappy Bird would have made money?”

Carsten Van Husen’s opening gambit of asking the audience who saw the viral success story of the year coming was a disarming way to start a talk decrying casual gaming.

Yet during his talk, entitled 'Orcs eat birds – why mobile shouldn’t be casual', he made an interesting argument in favour of abandoning casual ambitions to focus on mid and hardcore titles.

The problem with casual games

In particular, van Husen identified an interesting paradox at the heart of many mobile gaming success stories. On the one hand, the apparent dumb luck behind the rise of Flappy Bird and the effect getting featured on app stores has, both turning the art of discovery into what van Husen described as “something of a lottery”.

Yet on the other hand, he also identified the clear trend of companies who have won the lottery simply by buying their way to metaphorical tickets.

Focusing on Supercell’s iterative investor backed rise and the ever-increasing acquisition costs plaguing the industry, van Husen theorised that there was this separate area of the market who bypass the luck by buying their way to the top.

As a result, the majority of the casual market, in Van Husen’s opinion, is too difficult to break into. With copycat games in Van Husen’s words “muddying the water” further and dampening the appetite for casual titles, creating such a game which retains and monetises users long enough to return an investment is, in his mind, a losing battle.

Appealing to the hardcore

Instead, what Van Husen claims to be the best route is focusing your efforts on hardcore games that appeal to hardcore users. By appealing to the people who really spend and engage with IAPs in free games is crucial to succeeding on mobile.

Praising the role of hardcore gamers in this sector and how closely they align with Gameforge’s new title Sigils: Battle for Raios, Van Husen claimed that when it came to replicating this with non-hardcore users that “if you do this with a casual game, I believe that is more difficult.”

So is he right to say that this is the case? Personally, I felt it was an interesting framework. His diagnosis of the problems within the casual sector of cloning, crapshoots and costs of acquisition are all well documented but Van Husen did a nice job of drawing them together to identify where problems are for developers starting out.

However, I wasn’t completely convinced that this meant that all should abandon the casual gaming route. Yes, Flappy Bird is a one in a million success but the fact that his presentation opened with a graph from the Wall Street Journal showing the relative fortunes King, Rovio and Supercell (all well within the casual-midcore range) created a ‘throwing the baby out with the bathwater effect’ – particularly when Van Husen admitted to an audience member that GameForge’s experiences with casual gaming had been largely negative.

Yet all things considered, Van Husen left one particularly important thought on the table about finding your audience and it is perhaps that which stood out the most. Rather than thinking hardcore or casual, the real thing is to think about who you want to play your game and why you want them.

From that, you can then build the base for a mobile success – without needing to eat any birds unless you want to.

UA cost for core games are rising, especially on iOS

Women in US more likely to buy IAPs than men