Jagex: We "weren't brave enough" to really make it on mobile 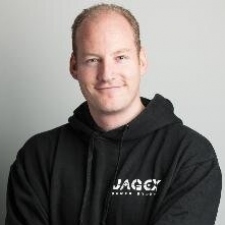 "Not many of you will know this, but Jagez has made and had four mobile #1s," said Jagex CEO Mark Gerhard, speaking candidly at GameHorizon in Newcastle.

"Each one [of our mobile games] was profitable – not major, each one made £3,000-£4,000 a month," he continued, "but we said, 'it's not RuneScape, it's that Flappy Bird shit'. So at the time we made a decision to stop investing in mobile and start looking at PC and browser."

This, he suggested, was a mistake.

"Instead we decided to look on and then we'd move fast," Gerhard continued. "We watched our friends in the industry, like NaturalMotion, and when we saw CSR Racing, we thought 'hey we can do that'.

"We wanted to do something that was us, we didn't want to copy," Gerhard said of the result of that endeavour, Carnage Racing.

"We launched it, we promoted it...are we King today? Are we Supercell? We're certainly not. That's just a candid example – looking at what is hot today doesn't necessarily point to what will be successful tomorrow. It takes someone being brave."

Indeed, an inability for the company to "tear up its own rule book" is what held Jagex back in its move on mobile. That's a wrong the company is looking to right with its next mobile release Transformers Universe.

"The truth is most of us are guilty of resistance of change – it's human nature," he added.

"The most dangerous words in the English language are 'we've always done it this way'. While we said we were innovating and changing at Jagex, actually we weren't. We weren't brave enough.

"We were still resting on the foundation of previous knowledge – previous things that had worked. If you hear 'we've always done it this way', be very afraid, or do something about it and build an environment that frequently embraces change."