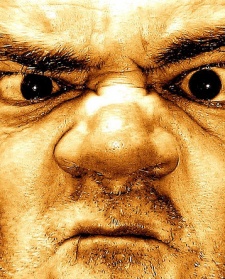 February 27th, 2008 - 12:37pm
By Stuart Dredge, Contributing Editor
That image above is how we look when we download a mobile game only to find it doesn't work on our handset  despite us paying good money for it. And it seems we're not alone in our rage.

A survey conducted by game site GetJar claims that more than a third of mobile games paid for and downloaded in the UK every year don't work due to compatibility problems. A third!

The company has done its sums and reckons this could mean UK mobile users are wasting more than £29 million a year on games that they can't play.

"This is an important challenge for the mobile entertainment industry, for developers and for the operators who supply the vast majority of games in the UK," says GetJar CEO Ilja Laurs, suggesting that developers and operators should do more detailed testing before games are released.

(If you were wondering whether there was a commercial imperative behind the survey, GetJar is touting its beta test community as something that can help in this detailed testing.)

The company surveyed nearly 1,000 UK users to reach these findings. Equally shocking is the fact that a lot of people whose downloads don't work, don't actually complain.

"Users will tend to blame themselves for a compatibility failure and therefore do not actively pursue a refund," says Laurs.

We're going to be asking operators to comment on GetJar's claims, but what are your experiences? Have a third of your mobile downloads failed to work? And if you complained, what reaction did you get from your operator or the supplier?