But tablet not in trouble, says Canalys 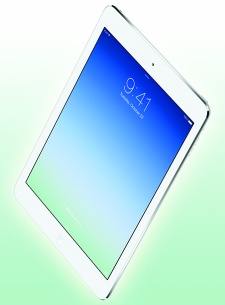 However, the firm claims this was due to Apple taking action to clear older inventory, rather than any longterm decline in demand, either for iPad itself or the tablet category as a whole.

Indeed, the firm claims tablets now account for 41 percent of the PC market, though Microsoft's move to discontinue support for Windows XP has stemmed the almost continuous decline in desktop PC sales.

"The fall in iPad shipments in Q1 was the sharpest ever," offered Canalys senior analyst Tim Coulling.

"Apple took action during the quarter to run down its iPad inventory, a smart move as tablet stock in the channel rose due to strong seasonal shipments in the previous quarter.

"Longer term, we do not believe Apple’s Q1 performance points to a decline in the tablet category, despite growing pressure from larger-screen smart phones. Apple’s ecosystem and the recent launch of Office for iPad should ensure it is well placed to remain a leader for some time."

Overall, Canalys reports t was strong growth in the Middle East for tablets, with sales up 100 percent, as well as a 74 percent jump in China and a 47 percent leap in Central and Eastern Europe.

The firm claims rhe US market was adversely affected by a drop in Apple iPad shipments, which fell 40 percent.