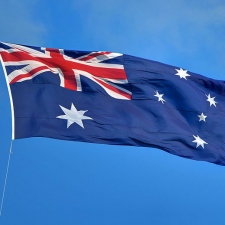 The Australian Government has severed ties with local game developers by subtly revealing that it will no longer fund game development in the country.

The Australian Interactive Games Fund was put in place back in 2012 and was designed to help homegrown developers get the investment many needed. However, the fund, along with the $10 million left in it, no longer exists.

"The Government will achieve savings of $10.0 million in 2014-15 by ceasing the Australian Interactive Games Fund from 1 July 2014," read a Government statement.

"The savings from this measure will be redirected by the Government to repeat the Budget and fund policy priorities."

As you'd expect, Australian industry members have been left disappointed by the news, with most claiming that the move will only help the country stagnate, rather than grow.

"The cut to the fund is a real blow to the Australian games industry," said Rebecca Fernandez, Director at IDGA Sydney.

"Suddenly the future for a lot of people and the industry as a whole is very uncertain."

Tony Reed, CEO of Games Developers' Assiciation of Austrialia, has also pointed out that the fund wasn't given enough time to prove itself.

"It is frustrating that the decision to cut the AIGF funding was done with absolutely no industry consultation," explained Reed.

"It feels like someone in Canberra saw the word ‘games’ and figured that was enough to run a red line through the program.

"The AIGF has only been around for a year. It has not had a chance to prove itself. Creating a game is labour-intensive, hard work and undertaken by highly skilled people.

"[Given time] the Australian game development industry could be a significant contributor to the economic, cultural and creative economies of Australia."