Angry Birds Go's IAPs not out to tempt kids, but the "inner child" in all of us says dev

Exient on finding its feet with F2P 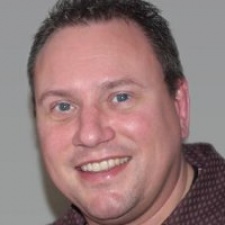 Angry Birds Go developer Exient has dismissed claims the game is designed to tempt children into parting with their cash through in-app purchases, stating the Angry Birds IP has a broad appeal.

Speaking to PocketGamer.biz as part of an in depth look into the game's development, studio director Graeme Monk said at no stage did the studio move to pitch the game exclusively at kids.

"Most games try to appeal to as wide a market as possible," said Monk in the piece.

"The visual design was inspired and heavily influence by previous Angry Birds titles as wells as the Angry Birds Toons series. Obviously, both of these exist in a 2D realm which allowed us to play quite heavily with 3D, lighting, shaders, visual effects and the like.

"We feel that the end result is not focused just at young children but has a wide appeal, just as the original products had and continue to do so. The numbers actually back this up, since most of the fans of Rovio games are in their 20s or 30s, or older."

Later in the interview, Monk said Angry Birds Go – and the Angry Birds franchise as a whole – appeals "to the inner child inside everyone."

"A core aim was to provide a compelling, fun experience that didn't have to be paid for if the player didn't want to. All products need to monetise in one way or another - and free-to-play is no different," he continued.

"We endeavoured to develop Angry Birds Go as an experience that didn't have paywalls but was a sensible balance between what character the player chose to race with and their time within the game.

"Did we get this right? Not in the very beginning, and this is something that we are continually evolving. Probably the most controversial aspect of this is the bird energy mechanic. We can honestly say that this was not designed as a time sink to get people to pay, but to encourage players to switch to a different character and to try them all out; every character has a subtle difference in how it races.

"We still stand by one of the core pillars in the game's design: to provide a compelling, free-to-play experience that the player wouldn't have to pay money for. It is, remains, and will be a game in which every race and every challenge can be completed without ever having to spend a single penny."

You can read the interview in full here.

From kart to finish: The making of Angry Birds Go