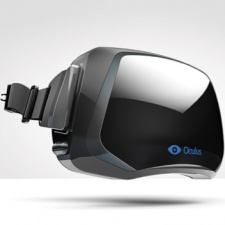 At the core of the suit is the claim that Oculus/Luckey illegally gained access to "ZeniMax trade secrets relating to virtual reality technology, and infringing ZeniMax copyrights and trademarks" after Doom lead programmer John Carmack left ZeniMax subsidiary id Software for Oculus.

But that's not the sum of ZeniMax's legal grievances.

It also intends to go after Oculus for "breach of contract, unjust enrichment, and unfair competition against the defendants" in the suit, which was filed in a US federal court.

In a press release related to the suit, ZeniMax notes that the suit comes after "[a]ll efforts by ZeniMax to resolve this matter amicably have been unsuccessful."

The press release goes on to reference Oculus' public statement from early May, which boldly stated that "all of its [ZeniMax''] claims are false" and noted that John Carmack did not take any intellectual property from ZeniMax.

Unsurprisingly, ZeniMax - and its lawyers - did not agree with this version of the story.

"We now look to the federal courts and will pursue all appropriate measures available under the law to rectify defendants' egregious conduct," he concluded.