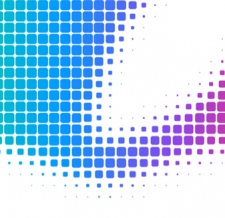 Highlighting well known issues with app discovery, in his WWDC 2014 keynote, Apple CEO Tim Cook pointed to how the company was looking to improve the situation.

"We're investing a ton in the App Store," Cook said, with trademark understatement and a wry smile.

First among these investments was the announcement of App Bundles, which allow developers and publishers to sell multiple apps and games together in a single-purchase bundle for a discounted price.

Such bundles have done well on Android in the past, but have - to date - remained unknown on the App Store.

The next big change to the App Store came in the form of search refinements.

iOS 8 users will be able to more effectively browse the App Store with deeper, scrolling 'Explore' searches and a new option for 'Trending Searches'.

Another new option developers will have access to in iOS 8 is the option to embed app Preview videos in an App Store listing.

These will allow users to get a better idea about how a game plays - something that Google Play already includes, of course.

This comes in the form of TestFlight integration, which will allow developers to invite users to an open beta test of a game - for free - in iOS 8, and potentially reduce the need to soft launch the games in countries such as Canada and Australia.

Unfortuantely, Cook didn't provide a firm timetable for iOS 8's release past "this fall" but we expect it'll roll out alongside the iPhone 6 in a few short months.