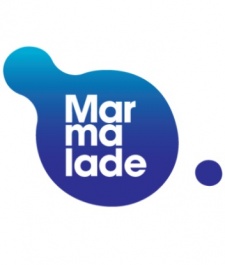 UK technology vendor Marmalade has announced the launch of a new free licence for its cross-platform SDK.

Existing customers also benefit from a platform reboot with support for BlackBerry, Windows Phone, Windows Store and Tizen now included across all licence types, including the new free version.

In addition, users with Indie, Plus and Pro licences get support for Windows and Mac desktop, Roku and selected smart TV platforms.

Marmalade's free SDK license features a wide array of pre-integrated extensions, including billing and IAP APIs for all major app stores - plus many advertising, analytics, and database services.

Speaking about the launch of the free SDK, Marmalade CEO Harvey Elliott stressed the importance of its performance and cross-platform appeal.

"We know from our community that maintaining native performance for apps across different platforms is a top priority, and now all developers can use a free version of the Marmalade SDK, meaning no compromise on performance whatever their platform and freeing them to concentrate on making fantastic apps and games."

You can visit Marmalade's site to learn more about it or the free SDK licence.

Positioning for investment and growth, Marmalade adds to board