2014 was our first year hosting the DevGAMM Moscow conference for two days instead of one.

We had over 1,200 participants from all around the world, and our venue at the Radisson Blu Slavyanskaya proved large, and practical.

In particular, the keynote from Vlambeer's Rami Ismail was a great success and got much positive feedback on Twitter and other social media.

Another highlight was a full day's worth of high-quality Unity-focused content on the second day of the conference, opening with a keynote from CEO David Helgason.

We were also very happy with the GAMM:Play showcase, which hosted over 70 new projects from developers.

The Vacancy Wall made both sides of the hiring process simple and easy. Employers could quickly browse the available talent at the show together, and individuals looking for work could make themselves heard at the "Hire Me!" board.

And our Speed Game Dating event helped publishers and developers to find each other in a very productive way. In one hour, we hosted 20 meetings of 3 minutes each.

Finally, each day ended with a mingle party - sponsored by Gingee and Unity - allowing for networking and relaxing.

Video of all the sessions will be available soon at the DevGAMM website.

The new DevGAMM Awards show was also a huge success. This year it gathered 186 titles.

Congratuations to all the winners!

The DevGAMM team would like to say thank you for all the support from Unity Technologies, Vizor Interactive, and AlternativaPlatform, also to every sponsor, speaker and attendee.

The DevGAMM event is growing and developing itself and moving the CIS game industry forward. Reply
Nikolay
Guys, my name is Nikolay Kamenyuk, not "Kamenuk" =). Please, fix this typo, thanks!
Posted 8 years ago 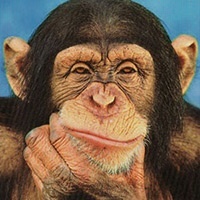