One in five apps opened just once before being deleted

But stats suggest user engagement is on the up 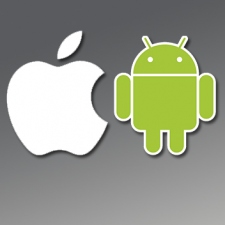 New figures released by Localytics show one in five apps across Android and iOS are opened only once.

At 20 percent of all recorded installs, they nevertheless represent a 2 percent decrease on 2013 figures, 6 percent down from 2010, and are a boon to developers who are seeing increased rates of user engagement with their apps.

While the figures are encouraging, the study shows games and sports apps fare particularly badly, at 22 and 23 percent abandonment, respectively.

Localytics points to stiff competition in these areas and a corresponding emphasis on first impressions as core factors in the greater-than-average rates.

Stand-alone games and fitness software tend not feed to into a wider ecosystem or external platform, meaning that if users aren't sufficiently and immediately engaged there is a strong risk of them not returning after the initial use.

This is borne out in figures showing Social Networking apps have far lower degree of abandonment, coming in at only 11 percent, with weather-tracking apps having the greatest retention of all surveyed categories, at only 9 percent abandonment.

Drilling down, the figures show Android has stolen a march on Apple's iOS, with only 16 percent of Android apps listing as single-use, compared to 23 percent on iOS.

In terms of longer-term user engagement, the 2014 figures show 39 percent of apps across both platforms register 11 or more uses. Again, Android leads iOS in platform-specific charts, boasting 45 percent while iOS has barely changed on last year's figures, where both platforms came in at 34 percent.

According to Localytics, one reason behind the higher iOS rates is app-overload in terms of pre-installed and competing applications. It also suggests that the wider variety of screen sizes and form factors running Android contributes to a more natural environment for games and news content, encouraging retention and engagement.