BlackBerry: App stores are great for distribution, but terrible for discovery

Don Turner on how to get spotted 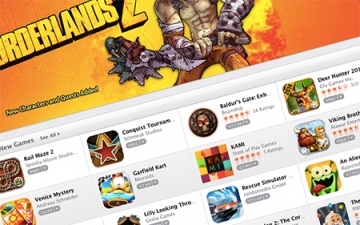 Conference talks and big numbers tend to be happy bedfellows. Kudos to BlackBerry's Don Turner, then, for turning that tradition on his head during his presentation at Pocket Gamer Connects in Helsinki.

"Discovery is so much easier on BlackBerry because there are 90 percent less games," said Turner, following up his candid opening of "yes, BlackBerry still exists."

Honesty was the theme behind Turner's talk, and he offered truths aplenty that many developers will be well aware of.

"When you publish on any of the major app stores, you're publishing on one of the most competitive markets on earth." he continued.

"App stores are brilliant for distribution – that's what you pay your 30 percent for – but they're terrible for discovery. The truth is, people spend so long in app stores because search is so awful."

So how can you combat this?

"I talk to developers all the time who spend a long time crafting a website for their game, but then they don't bother optimising their app store page, or making their game engaging enough to keep people in it," offered Turner.

I talk to developers all the time who don't bother optimising their app store page.

Boosting your app store profile can be a case of using the right keywords, he added, with Turner highlighting SensorTower.com, which shows you just which keywords show up in search results and how popular they are. The key, of course, is to find keywords that generate high traffic but offer low competitiveness.

Added to that, creating an engaging game – though easier said than done – should be a first port of call for developers, as it helps build key relationships with early users who will do a lot of your marketing work for you, spreading your game via word of mouth.

"The most important thing to do first is build relationships with players to create evangelists," Turner continued, citing Ndemic Creations decision not only to employ suggestions made by players in Plague, Inc. updates, but also to tweet out to those who made them to show its appreciation.

"Also, try and build relationships with app stores. There are people working at all the major app stores are looking to build their quality content, and they're at events," Turner added. "Do some sleuth work. Find out who they are and engage with them. You may not get featured straight away but once you've built that relationship it may pay off later down the line."

Also try and build relationships with the press. Again, Vlambeer is a master of this, with its press-kit – which schools studios as to how to create a press release and manage press contacts – serving as a vital tool.

"Use analytics to set up funnels for all your discovery channels," added Turner. " You can track people from a link in Twitter right through to how they play your game. In short, it helps you to track the quality of users."

Interestingly, Turner also suggested games that use ads get in contact with their ad networks to ask for free ad spots.

"Advertising networks are always looking for quality content that they can make revenue from," he added. "If you have a track record, they just may say yes."

Finally, multiplatform really is a reality in 2014. Going iOS only is become less and less a valid strategy.

"The amount of developers I speak to who use Unity who don't publish on all the platforms Unity supports amazes me - it doesn't make sense to me," Turner concluded. "This has the benefit of opening up your games to new users, and it also helps word of mouth."