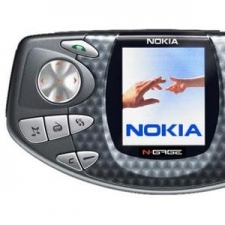 "Man, that hardware was a pain to work with," stated Applifier's Jussi Laakkonen, speaking on a panel at Pocket Gamer Connects in Helsinki on the rise and sharp, sharp fall of Nokia's N-Gage.

"But it was super important for the industry that N-Gage happened."

Indeed, while N-Gage has become something of a reference point for those in the industry looking to cite a spectacular failure, the assembled panel of Finnish games experts speaking on stage agreed that the handheld's short run nevertheless created an incredibly important legacy.

"Nokia was big and bold and put a lot of money into it," added Laakkonen. "Rovio wouldn't be here today without the projects Nokia founded, and other companies that fundamentally would not be around here without that funding."

So, if we accept that N-Gage – and, in a wider sence, Nokia – helped form the foundations of the current incredibly successful mobile development scene in Finland, should we stop referring to it as a flop?

Alex Bubb, who moved to Nokia in 2006, accepts that it's a valid term.

"The failure of N-Gage was in the lack of simplicity," offered Bubb.

"There was an interesting transition when we went from Java to smartphones. We tried to take a software platform that was for non-touch devices and make it work on touch devices. Capacitive touch really changed the game, and that's where N-Gage fell down if you ask me. We had some really good content, but it was too complex."

"There was a moment when the final launch date was locked, and then it turned out just before that this date wasn't going to happen, but all the advertising was booked for this launch," he detailed. "So you had all the ads blasting out N-Gage all across London, but N-Gage was nowhere to be found.

"The strategy going into it with hindsight also might not have been the right one – going after the hardcore, banking on the idea that Call of Duty players are going to come to mobile phone. However, it taught Finnish developers to work with bigger productions – that was one of the sparks that ignited where we are now."

Taht also detailed the other factors he believed had a major impact on the rise of the Finnish development scene, with the demoscene computer art subculture – with creatives producing demos almost in competition with each other – having had a major impact.

"Demoscene was one of the things that drove the revolution," continued Taht, with Laakkonen adding that the rivallry between those working on the demos was akin to people comparing "who had the biggest wang".

"I think there's also little bit in the Finnish culture and climate [that had an impact]," added Taht. "I want to argue that, from a cultural perspective, the Finnish are quite risk-averse, and at the time mobile seemed like a safer bet, so I think they thought 'lets go for mobile' rather than the big console and PC games.

"Also, the climate sucks. What are you going to do in winter? You know how to program, you like electronics, you like fiddling with technology, so you program games."

A history of Finland's mobile games industry: From demoscene to Riot-E